When people ask me where I’m from I say: ‘I’m a skippy. I’m really really Australian.’
It’s true. I’m a white kid, from the country who is sometimes accidentally racist.

I grew up in Ballarat before the City Council introduced a refugee program, but during the whole Pauline Hanson: ‘Please explain’, (for lack of a better word) episode. There was one Asian girl in my year, and there were 200 kids total. I’m no mathlete but that makes her .05 % of the population. The whole time we were at high school together, I just assumed her Mum was Asian but she was actually adopted from Korea. Since we’ve left school Kym and I have become very good friends and I have discovered she too is a white kid, from the country who is sometimes accidentally racist. When people ask her where she’s from she knows they don’t want to hear: Ballarat, and she can’t be arsed entertaining them so she just gets to the point.
‘Korea. South Korea, not bad Korea.’
I guess my point is, that although I’m well travelled I am also very ignorant when it comes to any influence from a different culture. Don’t get me wrong, it is in no way an excuse for being accidentally racist, or just plain racist, but I have had very little exposure to people who are unlike me.

That is, until I met Billy.
Here I was 30 years old going about my ‘white kid, from the country who is OFTEN accidentally racist’ life when I met my Asian boyfriend.
People assume that Billy is Polynesian and with that they also assume he was either born in NZ, Hawaii or Mexico (..?!) and lots of people think he looks like Bruno Mars, which he is secretly stoked about.


Billy was born in Thailand, his Mum is Thai and his Dad is Aussie. He grew up in Melbourne’s south east and is a bit of a yuppie who wears chinos, drinks turmeric lattes and only listens to SEN radio. But he has taught me lots about how it was different for him growing up and also there are so many things my ‘white kid, from a country town who is ALWAYS accidentally racist’ upbringing could have never have taught me.

Here are 7 Things I’ve learnt from my Asian boyfriend!

1. Spring rolls in lettuce and mint

The authentic way to eat Vietnamese spring rolls is to wrap them in lettuce and mint and then dip them in the dipping sauce. It’s honestly the best because you don’t have to wait for them to cool down as much and it’s semi healthy. Trust me once you’ve tried this you’ll never want to eat a spring roll on it’s own again!

I avoided saying this word in front of Billy for a long time but then I saw a cheap flight in the travel section of the Herald Sun and said:

Billy looked at me with a slight smile but I could see from the twitch in his brow this was a common occurance, having to explain the correct pronunciation, for him. And really he was thinking: ‘Who dis ignorant white girl?’

But he calmly went on to explain:

3. How to use chopsticks!

The first time I ever used chopsticks was at a Chinese restaurant in Blackpool when I was 19 years old. I sat down with my dance partner, also a white kid, from the country who was sometimes accidentally racist, and 10 wealthy well to-do ladies from Hong Kong (one of them was Donald Trumps realtor at the time). Look, I tried my best but left the restaurant a little bit embarrassed and a lot hungry. I absolutely made a trip to Maccas on the way back to my hotel. Needless to say I was super impressed when I discovered Billy is able to eat Maccas, chips and gravy, with chopsticks.

4. Tiger Woods is half Thai

I always just thought he was of African American descent (are we still allowed to say African American?!). But Billy informs me that Tiger woods is also half Thai. Both Billy and Tiger have a Thai mother, and due to this genetic resemblance that should mean that Billy has the same golfing ability as Tiger. I’m not convinced that’s how it actually works…

5. Agreeing with David Oldfield is frowned upon

Last year SBS did this series where they put privileged white celebrities in Aboriginal communities. Ray Martin hosted and I remember him interviewing David Oldfield at the completion of the experience and his opinion towards implementing change for these people hadn’t altered in the slightest. He then said something that I agreed with. Not only did this expose my political views in an unflattering light it also made it harder to convince Billy that watching Lisa Oldfield on ‘The Real Housewives of Sydney’ was not in anyway influencing my lifestyle ideals…

6. A Ricemobile or a Ricer

You know those cars that are all decked out with a flash paint job, big exhausts and spoilers? Lots of cosmetic additions but probably unable to drag your Nan at the lights. Well apparently these are called Ricemobiles or adding any of these useless accessories to your shit heap of a car is called: Ricing!

7. Just cos your Asian doesn’t mean you’re a mathlete

Darling, you are still paying the hot water bill for the place you lived at 3 years ago… call them and have it disconnected. 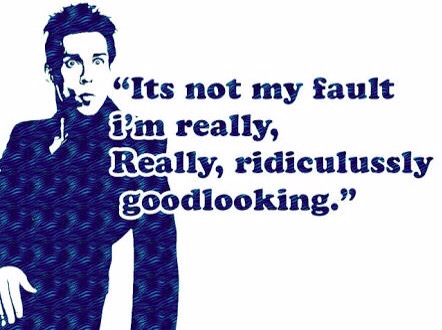 It all started when I saw The Bachelorette shirtless puppy spread in the New Weekly last week. I showed a few girls around the office before ripping out the page Apollo was on. I then, glanced at the empty notice board that occupies my work desk and thought: That’s a good place to put it.

For those of you who don’t know Apollo…

Apollo is a current contestant on The Bachelorette and if I were Sophie Monk I would have tapped a spoon on my glass of bubbles during the first cocktail party and sent all those other bozo’s home. Apollo you are the winner, you may stay and win my heart, a tacky piece of jewellery and any media commitments I am contracted to after this show. Alacazam!

I wish I knew more about Apollo, other than his age (24) and his ability to rock a tweed waistcoat (highly commended). He even looks sexy af in tweed?! But look, all you really need to know is that he’s a magician. Ladies, if you can’t recognise the benefits of dating a magician consider their most exercised body part. It’s their hands. I’m just going to leave you with that thought.

Although, I was more than happy with Apollo I thought why not add some more good looking people to this ugly vacant notice board. It will surely make me a more productive, energetic, exemplary employee!

The following pictures have since been approved for display on: ‘The great wall of really really ridiculussly good looking people’

This is my boyfriend, Billy. I not only added him to the wall as per his request but also because I do think he’s unbelievably handsome. Just after we started seeing each other we were at a BBQ and he followed modern day social etiquette by adding this bloke who he’d just met, to Facebook. I stood witness to the beginning of a true friendship. Billy’s new mate looked at his profile pic (this photo) and said:
‘Jesus. You look like a supermodel in this photo.’ 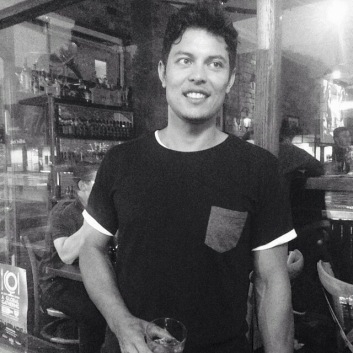 To which my normally shy, modest, humble Billy replied.
‘Yeah I know. That’s why it’s my profile pic.’

Turns out Dereck Zoolander and Billy have more in common than you might think.

*this content was approved by Mr Billy Robinson before publication

After careful consideration I have elected Chris Pine as my celebrity pass. 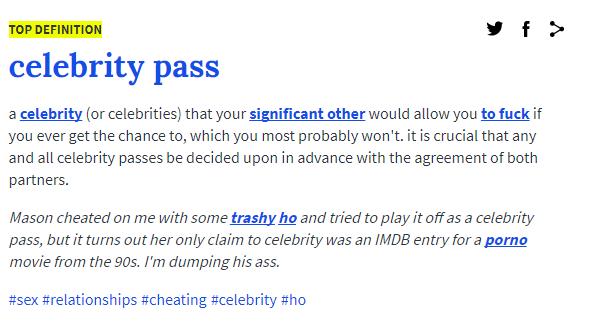 (Don’t get the Hollywood Chris Pine confused with the politician Chris Pyne, cos there is a big difference)

I first announced that Chris Pine was my celebrity pass during the opening credits of ‘Wonder Woman’. Billy hurriedly also announced that his leave pass was Gal Gadot. Without hesitation I added:
‘Her and I are basically the same.’
…You lucky bastard!

*Both Chris Pine and Gal Gadot were added to: ‘The great wall of really really ridiculously good looking people’ after my boss had a quiet word to me about sexism in the workplace.

I will never get over the fact that he wasn’t cast as Christian Grey. Never. 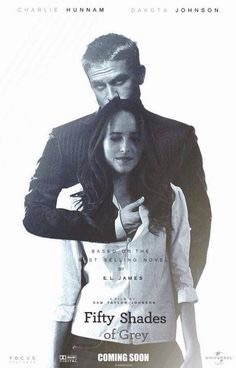 This photo of Matty J and his nephew, George and a few other kids he borrowed (kipnappped) for the day, is saved on my computer as: ‘Ovaries Exploding’.

If you’re to young to remember ‘Lois and Clarke – The new adventures of superman’, too bad I’m not going to explain – Google it! I had a huge poster of Dean Cain in my room while my sister was busy gawking at Devon Sawa. Gross. I’ve also just realised that this show may also be where I got an unrealistic expectation of what is really underneath a man’s clothing. 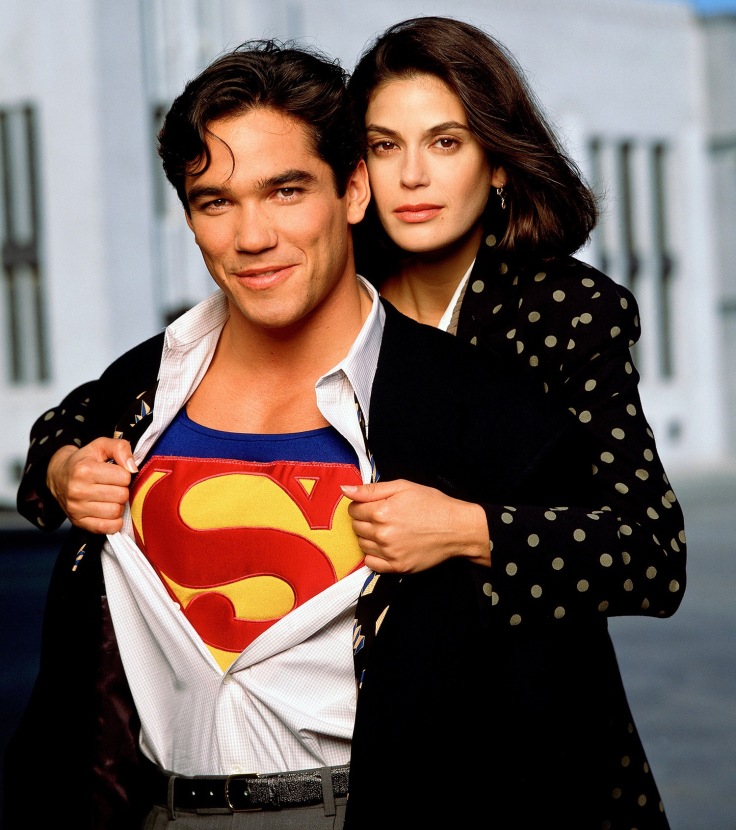 To be honest I kinda always get Tom Hardy mixed up with Tom Brady and then I have to have the conversation about Gisele Bundchen being a home wrecker. That’s when  I remember having the same conversation with someone else the last time I got Tom Brady confused with Tom Hardy. Its confusing but I have learnt that it’s best just to remember him as the other bloke in ‘The Revenant’. The guy that you cannot understand a word he says. Also if you haven’t seen his best film: ‘Locke’, you absolutely should.

Complying with the workplace sexism policy by adding my girl crush to the wall. Blake Lively was also submitted but was unfortunately rejected by the approval process… She is married to Ryan Reynolds FFS! That bitch it lucky enough, she can’t have everything.

If you would like to make your own submission to: ‘The great wall of really really ridiculussly good looking people’ you can do so via email: abbey.ross@icloud.com

*don’t be offended if your submission is not approved.

… And Mum, don’t even bother submitting Kevin Bacon, not a chance.