Since turning 30 last year, I have signed a lease on a rental property, downloaded Tinder and found a gorgeous boyfriend who conveniently lives next door to a 24/7 McDonald’s. I book my beauty appointments in advance and I no longer believe if Netflix were to produce a sci-fi series featuring Winona Ryder it would be the worst thing ever created… I’m mean even worse than Russell Crowe in Les Mis!
(How good is: ‘Stranger Things’?)

Maturity has definitely snuck up on me and I secretly love it.

Although my Instagram feed is still full of socialites, florists and all those motivated people with food trucks, I spend my (tiny) dispensable income on anything I fancy. I accept I’m never going to be a contestant on a cooking reality television show and if I have to wait more than 8 minutes for an Uber I will cancel my plans and spend the night on the couch watching the SBS news. *shrugs shoulders* My life is much the same as it was in my twenties, except now I reach for the booze on the second shelf at Dan Murphy’s. Because it’s only a little bit more expensive and because it tastes better and because I know that if I drink the entire bottle I will be so hungover the next day my hair will hurt and I’ll vomit out of my nose. I’m older, wiser and less tolerant to alcohol, gluten and emotionally unavailable men.
I’ve run out of stories to tell from my misspent youth so now I’m going to tell stories about my attempt to be productive, responsible and successful in all important aspects of adulting: work, love and boozing. I may even get to exercise and life planning… but let’s not get ahead of ourselves.
This is my blog about all things maturity, all things adulating and all things thirty.

A few months ago I booked an appointment with my GP to follow up my continued
symptoms that the internet led me to believe were a reaction to shellfish. If you’ve
ever watched the scene in Hitch where Will Smith is goes on a date with Eve
Mendes and they end up at a cooking class. Then he eats some kind of seafood
which results in some kind of reaction that makes his face blow up… well that’s
exactly what happens to me. Originally I thought I was just allergic to men after a
bad date but two days later I was Googling anaphylactic shock and how to
administer an Epipen. I was then referred on to a specialist by my GP, who tried to
tell me I was not at all allergic to shell fish, wattle or anything I had previously spent more than a day at a time being dramatic about. But, I was in fact allergic to wine.Cheap white wine! LOL I thought, if that were true my life would be over.
I persisted with my wine habit and a few weeks later I was experiencing another
HItch scale reaction. I go back to my GP and request he send me to another
specialist. I have private health cover, I was more than prepared to see as many
specialists as my singles extras cover would allow. Then, let’s call him Dr Death, told me the worst news I have ever received. The specialist I saw is the best in
Melbourne and her diagnosis is correct… I’m allergic to wine. He wrote on a piece of paper the word: sulfites and he explained to me sulfites are not only in wine but
foods such as gravy, fresh berries, pickled onions and maraschino cherries. I throw my hands in the air and protest that my life will be similar to that of a hippy. I’m going to have to ride my pushy down to the farmers market on the weekends wearing a tie dye t-shirt and buy kale and all kinds of preservative free shit. I’m less than impressed. Before I leave the appointment Dr Death asks me if there is anything else he can help me with and I request a new script for my birth control. What follows is a list of confronting questions that are at best uncomfortable, but having this conversation with a married, balding, middle-aged male who wears paisley shirts and brown lace up Kumfs, is almost unbearable.

‘How old are you?’
‘Have you considered another form of contraception?’
‘Are you in a long term relationship?’
‘Have you considered your fertility options?’
‘Would you like children?’
…’Have you had many matches on Tinder lately?’
Then came the most confronting sentence any single, career confused, weight
gaining, weekday drinking 30 year old female can hear.
‘At your age…’
I stopped listening. I’m not sure what followed but I’m sure my face went white and a tear definitely started to tickle the back off my eyeball. The next thing I remember Dr Death is apologising for being so forward and then he was shoving a prescription for my preferred choice of birth control in my hand and shuffling me out the door. I walked out of his office and the tears started to run down my cheeks, so I immediately went to the one place I was guaranteed to get some sympathetic feedback. Facebook. I updated my status to let everyone know that the worst had happened (I’m referring to the wine allergy, not the realisation that my fertility was quickly fading) and I continued on to the bottle shop in search of a sulfite free bottle of wine.

Last week I finally went back to the doctor’s office to have my current birth control removed from my arm and the new one shoved in. Fortunately, Dr Death is not trained in this procedure so I have to see another doctor, let’s call him, Dr Elbow Patches. On entering his room I see photos of his wife and kids as well as his enthusiasm for the Melbourne Football Club in frames displayed across the room. I’m sure he’s the kind of man that pays his bills on time and has regular car services and never forgets his wife’s birthday. I instantly like him. He confirms with me that the reason for my visit is to change my contraception over and then opens my file on his computer. He turns to me and says with an element of excitement in his voice:
‘Dr Death has left a note here that says you’re looking at starting a family?’
I throw my head back in defeat and start to laugh. I quickly explain the original ‘At your age…’ conversation to Dr Elbow Patches all the while noticing the pitch in my voice gradually getting higher and higher. He takes my blood pressure and then again, acknowledging that the second time is more accurate and that probably me having to recall the fertility conversation didn’t help my blood pressure or my mental health.

As I was leaving he asked if there was anything else he could help me with and then he wrote me a script to help clear the pimples I still get on my face… at my age. I explain to him that if someone had told me when I was 15 years old that I would still be getting pimples when I’m 30, I would have killed myself!

… I look forward to my next visit to the doctors and the notes that may appear in my file.

*All the people’s names in this story have been changed to protect their identities.
Also to prevent any judgement and or detriment to Dr Death’s practice… especially with regards to the over 30, unwed and without offspring demographic. 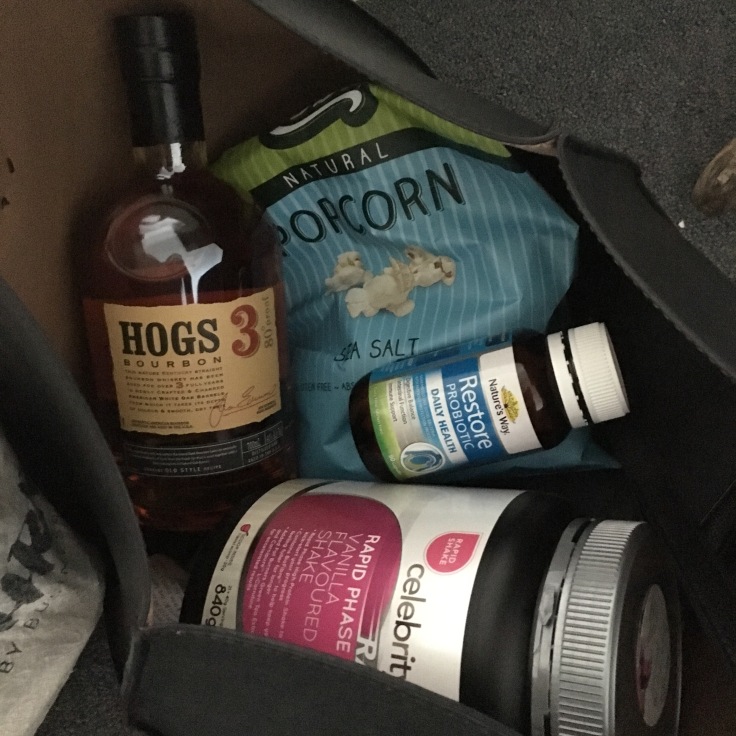